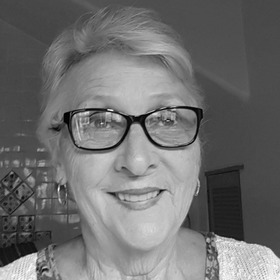 Joanne Penney arrived in Tortola in 1978 as crew on a sailboat, having left her post as Communications Editor for a NYSE firm in Boston. Her BVI community work includes founding/directing the Community Agency on Drugs & Addiction (CADA), The Cada Players Drama Group, and (with daughter Sarah) Firebird Performing Arts. She has served the Girl Guides, Crisis Intervention Team and other greater good organisations, chaired the National Drug Advisory Council and presented to the UN General Assembly. Joanne has mentored Green VI since its founding, and considers it a privilege to help with this very important “best practice” work as Climate Change impacts our fragile world.