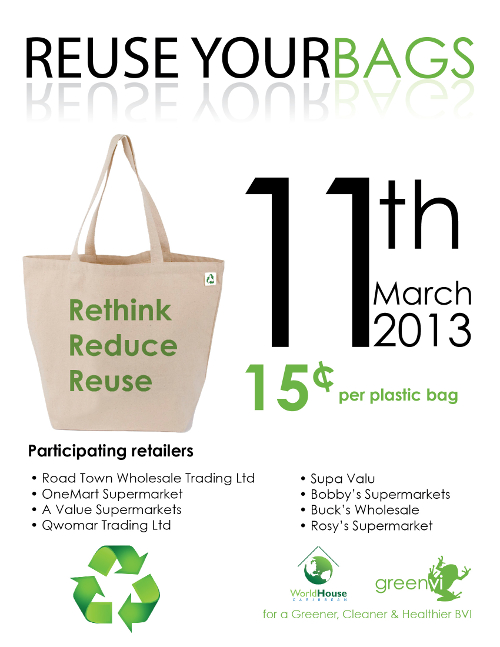 Green VI partnered with WorldHouse Caribbean and the major supermarkets in the BVI to voluntarily ban the plastic bag. Plastic bag legislation is a growing worldwide trend with a quarter of the world’s countries now banning the bag through legislation. It is inevitable that, in the near future, the plastic bag would be banned through government legislation in the BVI. To preempt this, WorldHouse Caribbean and Green VI partnered with the major grocery stores in the BVI to be the first Overseas Territory to voluntarily ban the plastic bag. A Memorandum of Understanding was signed with the agreement that on the 11th March 2013 a charge of 15 cents per plastic bag would be charged at the till if customers do not bring their own bags. The MoU was signed for a one year period and participating supermarkets included Road Town Wholesale Trading Ltd, OneMart, A Value, Qwomar Trading Ltd, Supa Value, Bobby’s, Buck’s and Rosy’s. After the one year period, many of the supermarkets continued with the initiative. 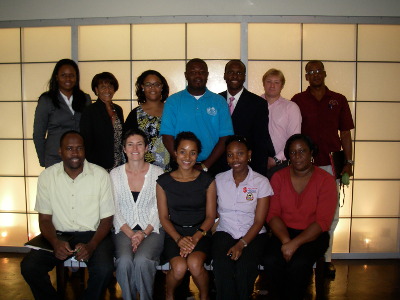 As part of the education and outreach, WorldHouse Caribbean introduced the concept January, 2012 and screened Waste Land at UP’s Cineplex. A school educational programme, facilitated by Green VI, followed. The Bag It documentary was shown and presentations delivered. Outreach included radio, TV and print messaging. 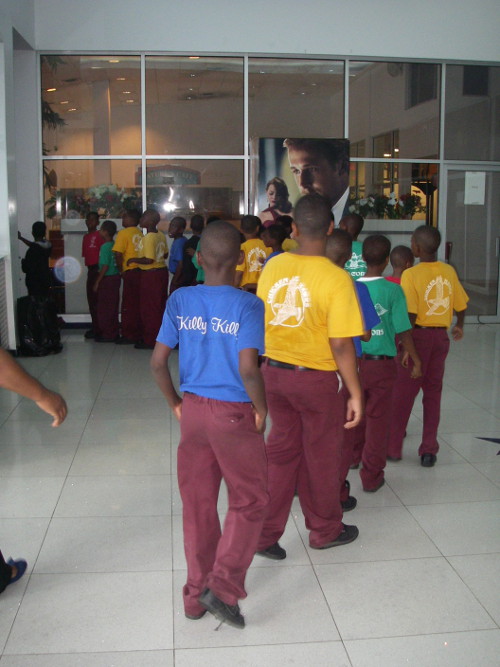 Numerous green shopping bags days were organised by supermarkets and private businesses. Here, free bags were handed out to the general public as an incentive to begin reusing bags. 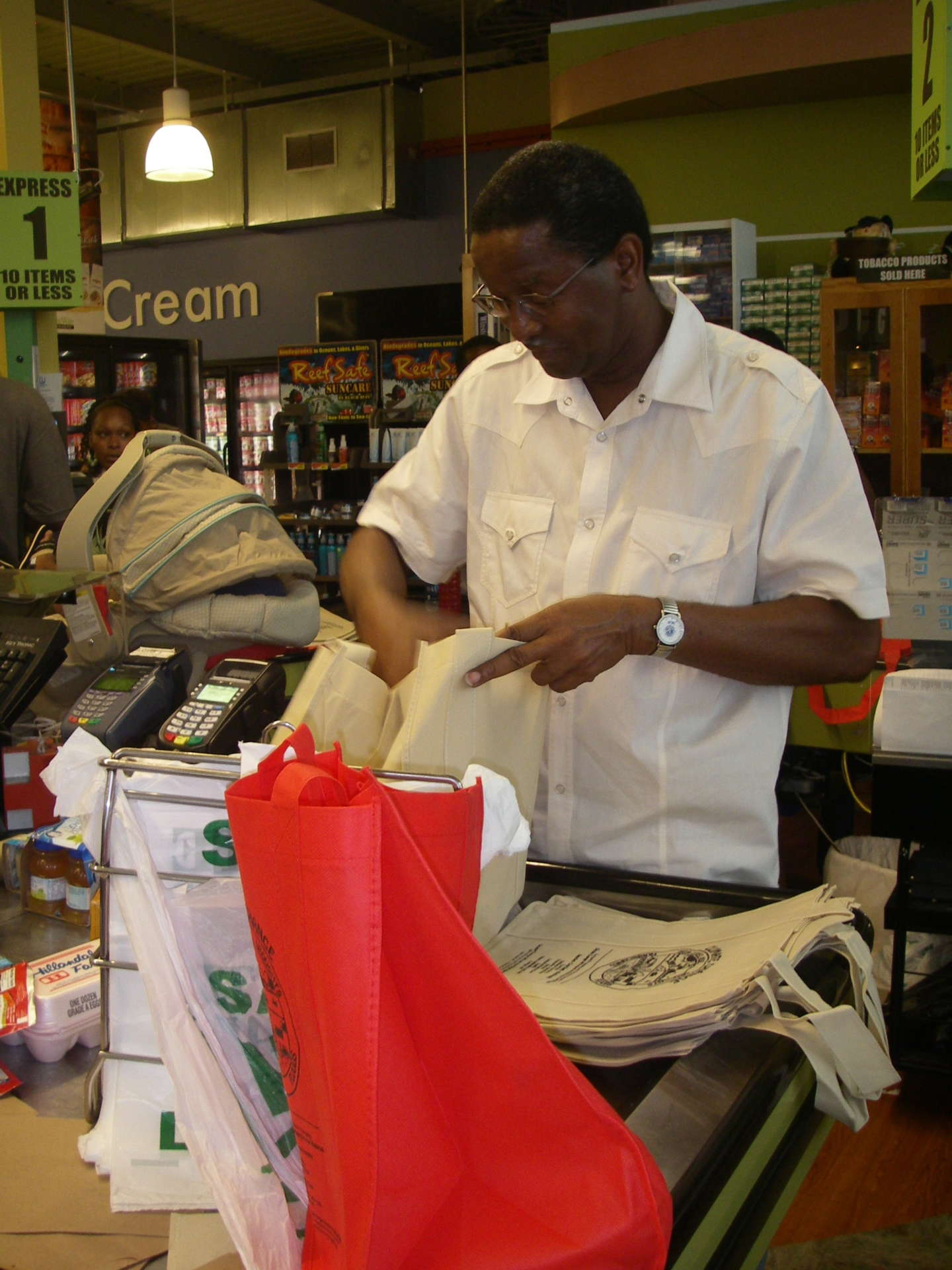 It is important to understand some of the negative impacts of the plastic bag in the BVI:

One million plastic bags are used worldwide every minute. The BVI has joined this worldwide movement and is taking action to preserve the natural beauty of our islands. It is hoped that the supermarkets will continue with the initiative. 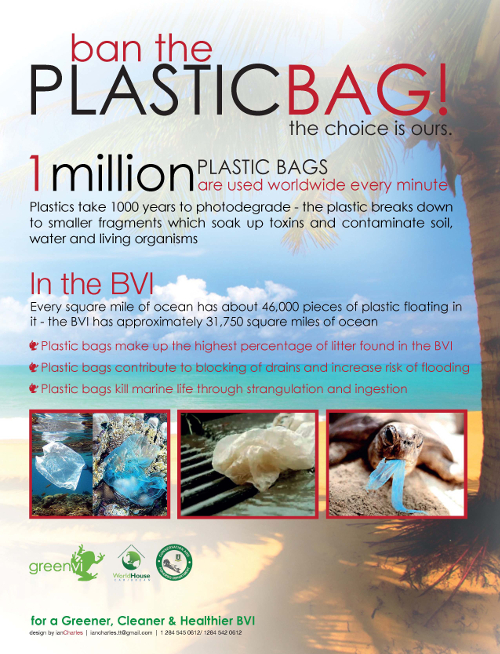